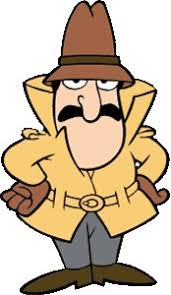 It has become clear that our Intelligence Services are not. Intelligent that is.  Rather than the whip smart genius spies that are portrayed in all the movies, what we have instead is a group whose tradecraft was apparently learned by watching Get Smart re runs.

I come to this conclusion after reading the story about the leaker Reality Winner, (the least aptly named child in history.  She has no sense of reality, and her future prison sentence indicates she is not one of life’s obvious winners).  She is the one that leaked the story about the Russians interfering in our elections.

When you think about the way that the CIA, FBI, and NSA keep secrets, you think about the brilliant spy mastermind Tom Cruise having to  invade CIA’s HQ by being suspended through the air conditioning ducts.  Such is the false impression that we have of the tight level of security maintained by our Un-Intelligence services.

Whereas in reality, if you are a private in the army, or a government contractor, all you have to do to produce lasting damage to our county’s security is download a bunch of  files to a thumb drive.  Or in the case of Reality Winner, print the secrets and sneak them out in your pantyhose. Here is the relevant quote by Ms. Winner:

“Let’s be straight — there’s little to no security on documents,” she said. “Nobody pats you down.”

That’s right, a major intelligence leak was masterminded by a high school graduate  that never rose above the level of senior airhead (er, airman) in the Air Force in her 8 year hitch.  In other words, no apparent intelligence qualifications whatsoever.  But you don’t need an Ivy League degree to hit print, fold the paper, and stick in your underwear.

I am guessing the Russians and Chinese, having had full access to the correspondence between Hillary and Barrack, 1.7 million documents from Snowden, 700,000 documents from Chelsea Manning, don’t even bother try to infiltrate the CIA anymore.  All they have to do read the newspapers.

Now, I need to meet some comely chicks.  So I have decided to become a spy and leak the three documents we have that the Russians haven’t read already.  I have been studying the necessary materials closely, having watched all of the Inspector Clouseau  and Austin Powers movies.  I intend to head over to CIA headquarters, and get a job as a government contractor.  I will collect up the papers on the desks of anyone that looks important, stick them into my BVD’s, and walk right out the front door.  With the security that they have, I will never get caught.  And I will have beautiful babes love me even if I am a complete blockhead.  Awesome.