So easy, an art major can do it

I recently paid a visit to a local modern art museum.  Unlike many art patrons, I don’t go to appreciate the so called artwork.  I go to be amused and mock the silliest of the items some delusional museum director has somehow found to be a master piece.  This despite the fact that many displays are clearly meant as an expensive prank.

I am the first to admit that within the walls of many modern art museum can be found actual examples of artistic merit.  For example, many artists such as Picasso, and others of his school, create work that any one of could agree we would be glad to have grace our walls.

However, for every such example, we can cite five  displays of random tractor parts.  Or what appears to be vomit sliding down the walls.

My son has helpfully identified the four types of exhibits in a modern art museum:

Here are some examples of the 4th group, easily perused for free at your taxpayer supported Smithsonian National Art Museum.

Let the mocking begin.  Note that there is some risk of offending people who actually believe these constitute art.  It is not considered polite to point at the exhibits and laugh hysterically while such art snobs are in close proximity.

This is in the main lobby.  So this is art?  No, it is clearly a fraud of some sort.  We called it Limp Dicks On a Cart.  Its divine!  And priceless!  No one but a tax payer would pay a nickel for it! 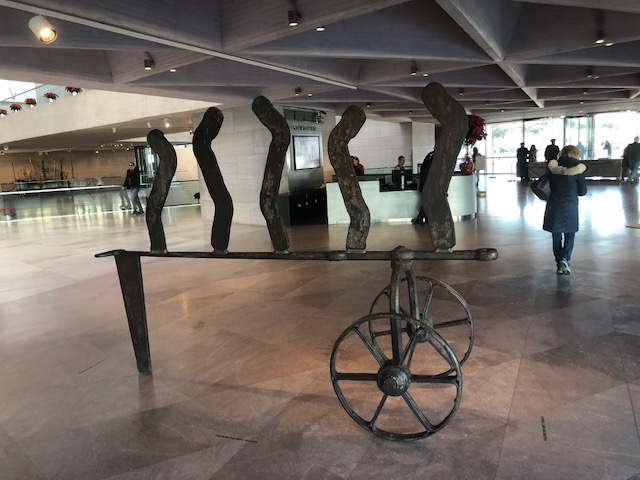 This looks like the artist stepped in something nasty, and took out his anger on an unsuspecting piece of canvas.  I call it “A Study In Brown”.  What exactly we are supposed to take away from this, other than possibly the artist was between support checks from his parents when he ran out of other colors, I can’t begin to fathom. 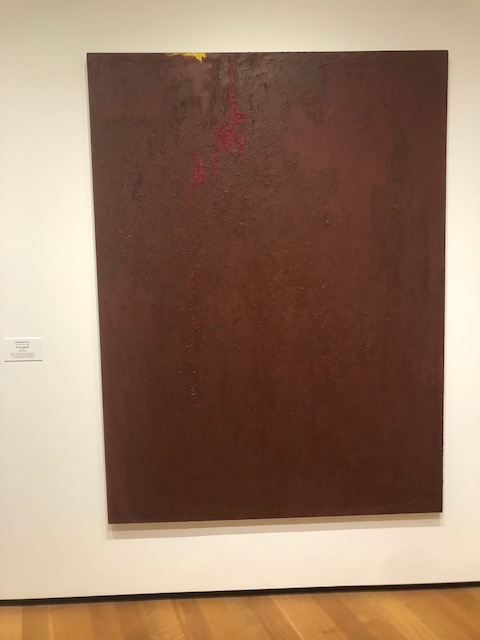 This is so obscure that I can’t even come up with a good way of mocking it.  It is self satire personified.

Upon careful reflection, it is clear that artist was making a broad comment on the futility of effort in modern society, and the unfairness of the capitalist system.  Although it is just entirely possible that he has some bronze parts left over from disassembling an old TV stand, and voila!  Art!  When you standing on this, you are instantly inspired to head to the next room. 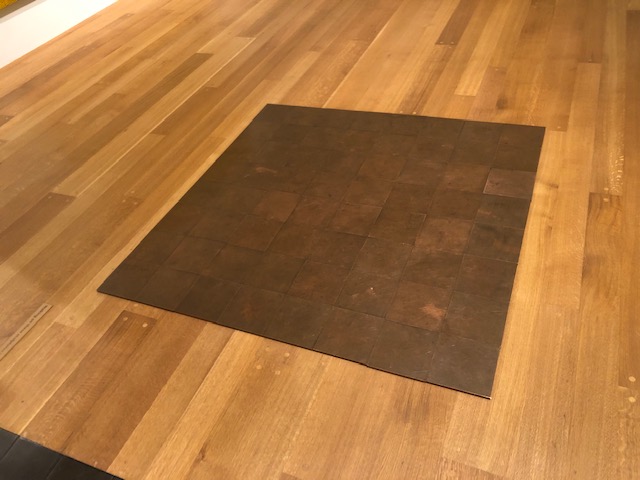 Here we see the artists attempt to connect the concept of discordant visual planes within a space.  Although one cannot be blamed from observing that all that happened is the artist leaned an old shelf against the wall. 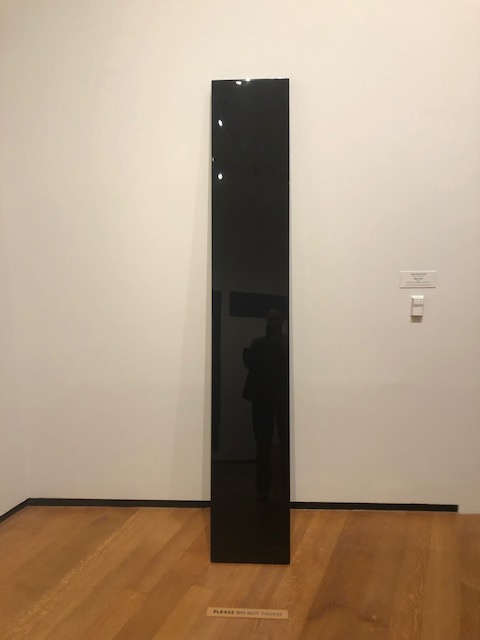 This piece of “art” most closely resembles a dishrag attached with pins to the wall.  Or possibly it is a commentary on women’s abandonment of washable diapers?  At least we know this artist did not starve from having spent all of their money on raw materials.

Here is something that is sure to inspire your dinner guests.  The lights on either side flash on and off.  After much thought, I felt that it was commentary on man’s search for meaning in an unfeeling world.  Alternatively, it could be the artist threw up on his/her apartment wall, attached the lights and blue square, in an effort to con the landlord on giving his full damage deposit back.

Some day when there is nothing on TV and it is too wet outside to play croquet, find a friend who is similarly uncultured.  Drink  5 liters of beer.  Then head over to your local modern art museum.  Go through the area with the goofiest articles of “art”, and roundly mock them.  Hopefully you will find this as artistically fulfilling as my family does.